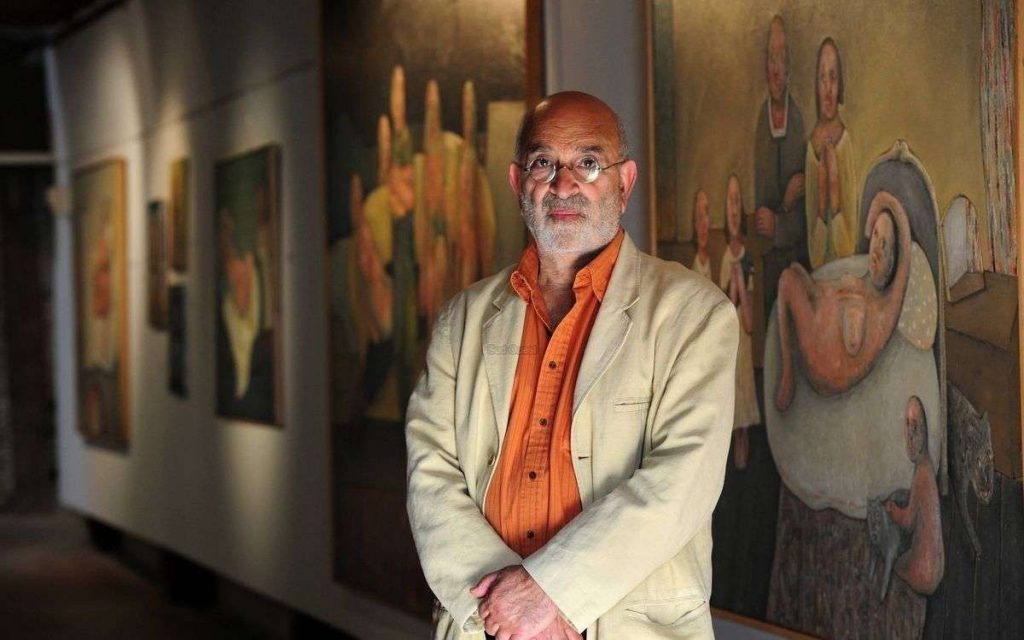 Born in Baghdad, Abraham Hadad lives in France, in Paris, where he arrived at the age of twenty-seven. It is at this point that the questioning begins, an instability that lasts two to three years.
The true path of the painter will be figurative with a central concern: man.

Abraham Hadad therefore gave his painting a certain identity which, over the years, has developed by always following this common thread of the human being. The painter found himself associated in March 1994 with a movement which was referred to as Transrealism at the Château d’Homécourt, in Lorraine, during an exhibition which brought together Pat Andréa, Marc Giai-Miniet, Hugh Weiss, Pierre Let’s go, Ben-Ami Koller.
Beyond this name, it is a certain approach to the world that brings these painters together in a loving family. All this therefore makes Abraham Hadad a painter recognized with a strong identity, which is enough to mark his personality as an artist.
But, personally, I curiously remember from the meetings in his studio another concern: photography. “If you took a photo of a person every day for thirty years,” he said, “you wouldn’t notice any difference from photo to photo, and yet the portrayal of the character would change a lot in thirty years. “. I learned, then, that his father, leaving Iraq under threat, had wanted to erase all compromising traces by destroying all family photos. On each visit to the studio, Abraham Hadad concludes the meeting by asking to take a photo of the painter and his visitor. The painter who engages in this exercise keeps this photographic quest in the secret of his studio and does not seek, to this day, to make this process public. Undoubtedly, the sum of the work thus carried out constitutes a real work which would undoubtedly be received with interest in contemporary art centers. But Abraham Hadad is a painter …

Chronicles of the Black Hat – Free as Art – Le Mon