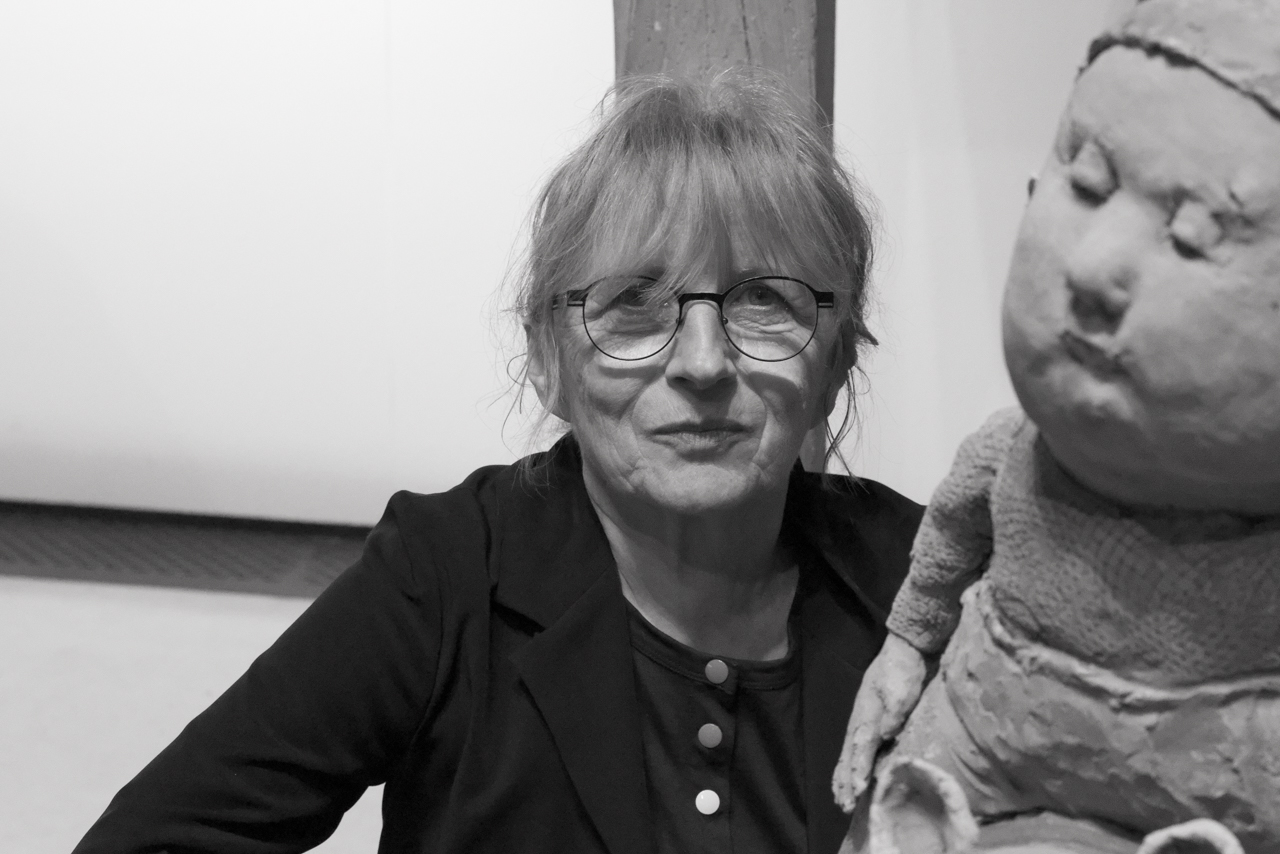 Crowded aboard their makeshift boat, a dozen mice drift as if resigned to a mysterious destination. Further on, a middle-aged woman, seated with her back straight, seems lost in thought, indifferent to the efforts of this man who, with a wave of his arm, tacitly invites curious and curious shoppers to share some secret. Masked under three pieces of deceptive material, a wolf watches the whole thing with amused eyes. But maybe her smirk is not addressed to anyone other than us … Touching and fascinating, the inhabitants of Sophie Favre’s unknown but familiar little world surprise, make people smile or arouse pity. They emanate a bewildering simplicity and frankness, a spontaneity and sincerity that hits the mark because they appeal to nothing other than our own emotions and memories.