“Creative adventure is the expression of moving thoughts” 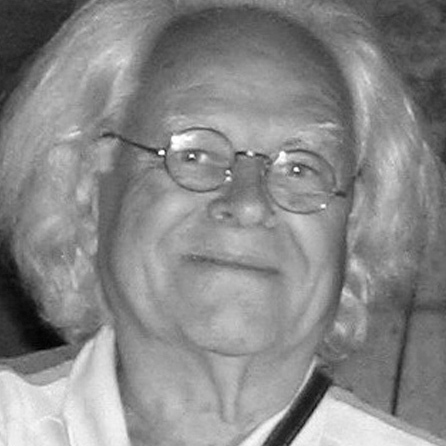 In Jacques Pasquier’s atelier, a constantly renewed rite takes place: the artist and the blank canvas clash. What is on the artist’s mind at this precise moment? Has he already thought of everything? Does the painting already exist in his memory? Is it past experience that leads him to go beyond technique and consider other subjects? Is it his “state of mind”, what he read, what he saw, what he heard?

The painter works a lot on his backgrounds. He triturates matter, thins it, thickens it. Does he leave a place to chance? What then to do with this chance? Keep it? Hide it? Exploit it? Thousands of gestures are thus carried out in rapid succession. He sometimes stops, leaves the studio and returns to surprise the canvas. Sometimes, too, he leaves the canvas for several days to better pick it up and rework it. A hard work! The movements of his body describe dance or wrestling steps. He grabs the canvas which embraces the painter’s desire. It sometimes resists by its dimensions, its weight, when Jacques Pasquier wants to change techniques, points of view, by throwing it to the ground or by resting it on the easel, sketching a musical srave on his hip. From time to time, once the subject is finished, the backgrounds are taken up again and covered with layers of more intense colors. Erasing, starting over, adding, this is how the layers of material accumulate and keep the process of creation a secret. “Nature myself: the painting must become the result of the traps that I set for her and that nature herself ultimately sets up to surprise me. She is a meeting of elements that organize themselves despite the annoyances that I inflict on her, she always keeps in potentiality what I amputated from her and the life of the painting lies in this struggle between her and me.” (Jacques Pasquier, Notes, p. 90)

Little by little, lines, shapes, lights and colors speed up and invade the canvas. “Creative adventure is the expression of a mind in motion” (Jacques Pasquier, Notes, p.61) But it is the whole being of the painter that moves here. The energy emanating from his hand, from his whole body, from the idea that arises and generates life: “the canvas is an overflow. Painting is equivalent to the moment a jug overflows. The work is done inside the painter, it is not the time spent in front of an easel that gives the life and depth of a painting.” (Jacques Pasquier, Notes, p. 18). It’s his inner truth that the painter wants to leave in his work. In order to do this, he mixes gestural and thought painting, both creating their own sign language. Thus the paintings become full of enigmas and metaphysic issues : the canvas “must ask endless questions to which no answer is certain. In this sense, the painting relates to the mysteries of the Hereafter” (Jacques Pasquier, Notes, p. 86).