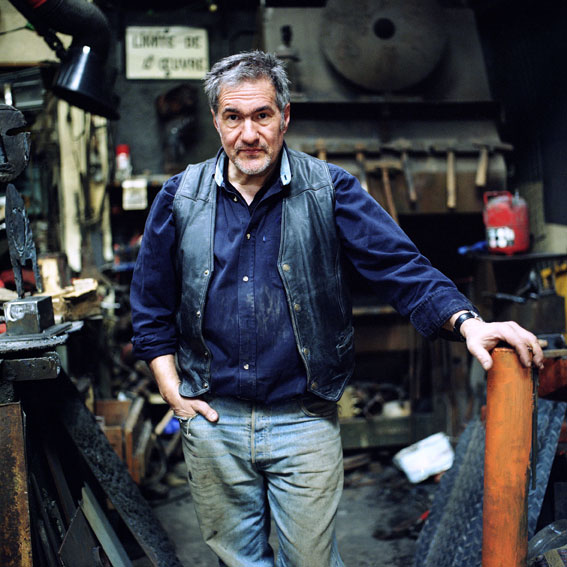 The work of Gosti (b.1960, Paris) is inseparable from man, from the adventurer in love with life. The purchase of his first blocks of black marble in Belgium steers his path that a providential compass will never deviate despite the interruptions. The sculpture is riveted to the body. Friendship, encounters, failures, (illusory?) Successes, disappointed love, abandonment, all of this builds a course that resists all the tests of time like granite, which becomes his material of choice, along with metal. From a coppersmith father, he learned the techniques and the bond with the material. The torch, the chainsaw: ordinary tools by which he acquires his language. Since everything starts from man and returns to him, he gives birth to a protean humanity. Figures and faces are fiercely roughened. A primitivism, whose origin comes from the encounter with the pygmies in the Central African Republic and the Inuit of Baffin’s Island, joins an existential solitude, the bearer of a work in constant evolution.